Global Thinking Foundation has decided to support this training experience focused on the theme of politics since the first edition (2019), originating in the Farm Cultural Park of Favara and aimed at young women from 13 to 19 years old, unique in Italy. 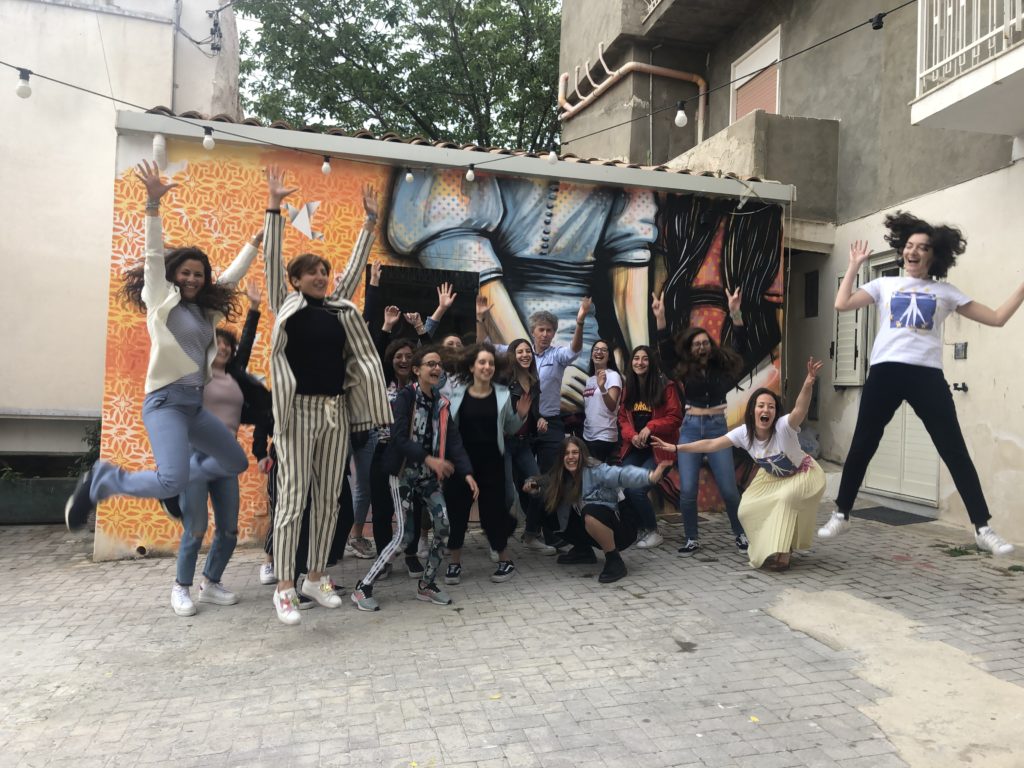 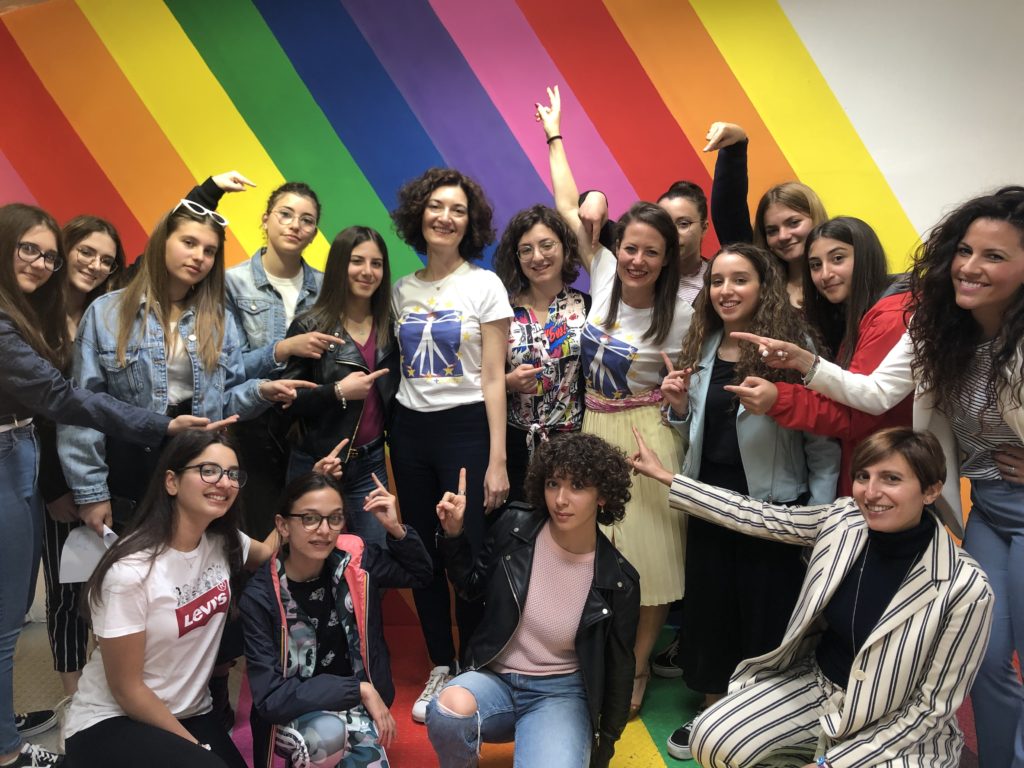 In 2019 we awarded ten scholarships, for consistency of objectives and purposes related to the inspiration offered to a new generation of women by introducing them to the themes of politics. Politics are widespread from the art of interpreting and guiding society, discussing democracy, social justice, international relationships, female leadership, universal values ​​and civil rights. Together with testimonials of great experience and passion, active in various professional fields and across all currents of thought, this experience will provide them with a focus also on different countries and international expertise of the testimonials.

The lessons took place in Favara (Agrigento) from March to December 2019 and involved a group of 20 girls from Sicily, Calabria and Rome.
The method applied concern of:
• 11 testimonials from representatives of the political, institutional, economic, third sector and cultural world;
• 9 preparatory and thematic lessons managed by the Prime Minister’s teaching team;
• 9 talks open to the public with the testimonials involved;
• mentorship throughout the course.
Through discussion with testimonials and mentors, these young women are stimulated to express their potential and to find the resources to develop a conscious approach towards their personal, political and professional career
The girls have acquired not only specific contents such as the history of the Italian Parliament and the constituents of the Italian Republic, sustainable development and science from a gender perspective, but also soft skills by developing concepts such as leadership, teamwork, public speaking up to the importance of economic independence and entrepreneurship as the development of an idea and its concretization.
The first results, verified during the ongoing program, have been manifold not only at the class level but also at the community level. They became aware of their responsibility in developing the context in which they live, having the tools to be able to understand what is meant by citizenship and active politics: as people, as women and as citizens. 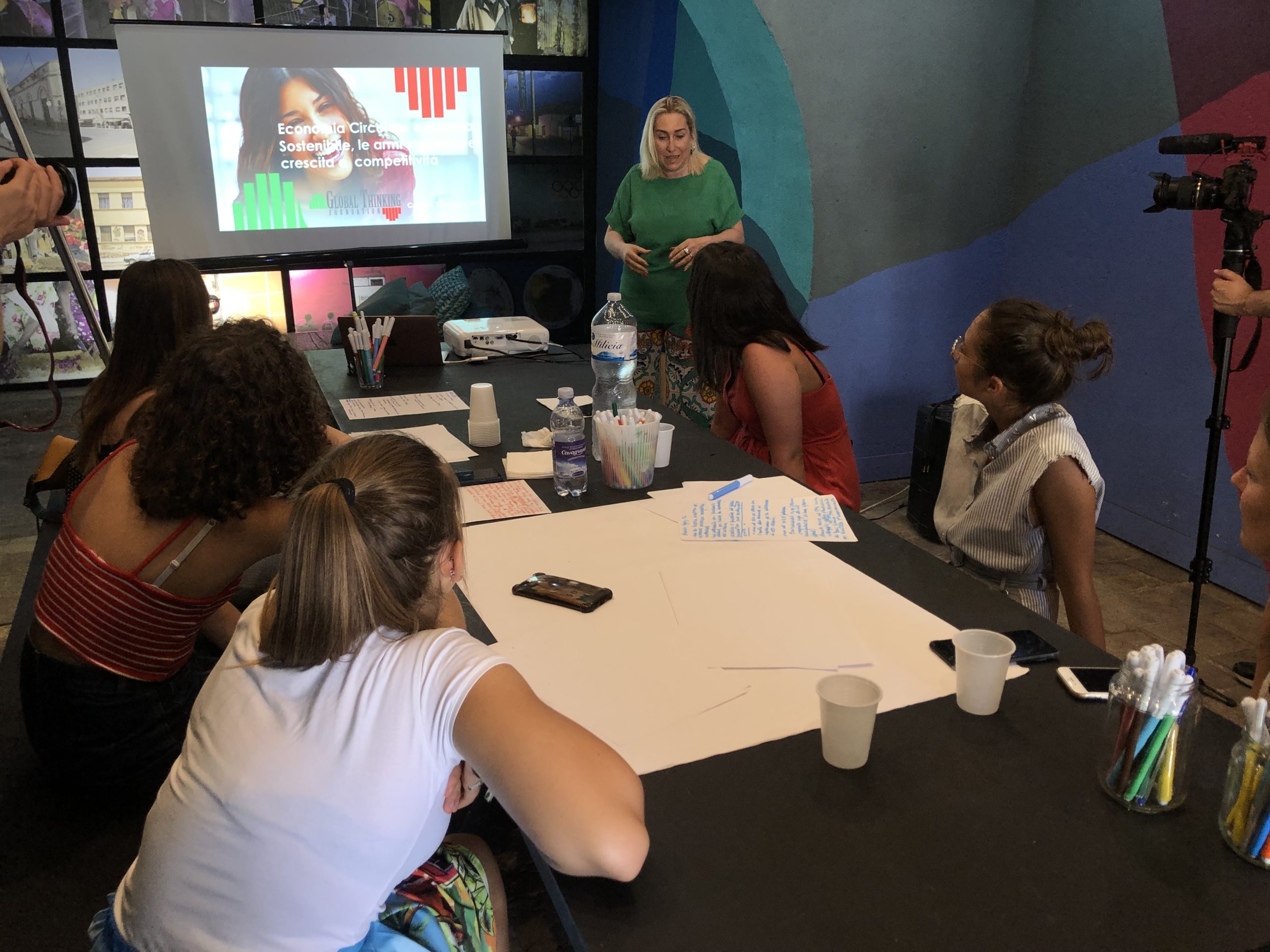 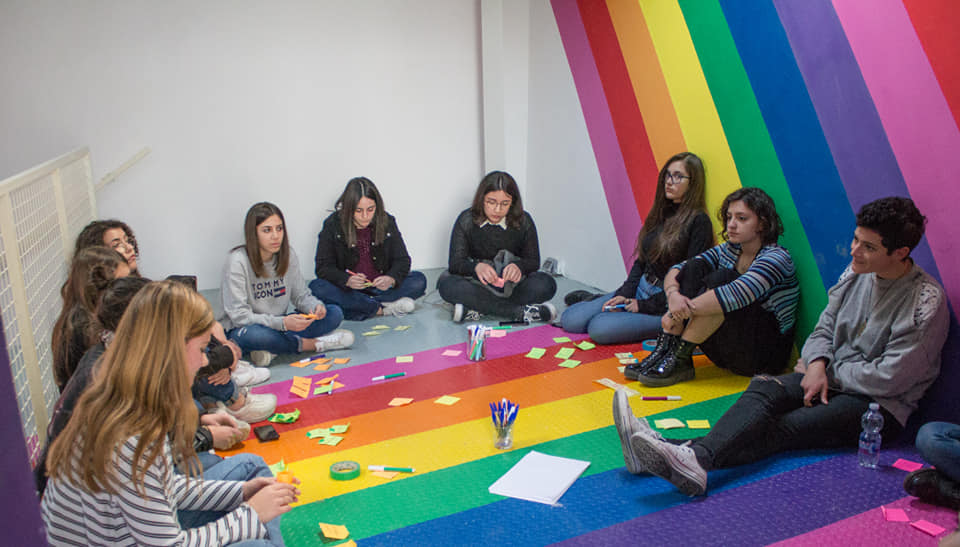 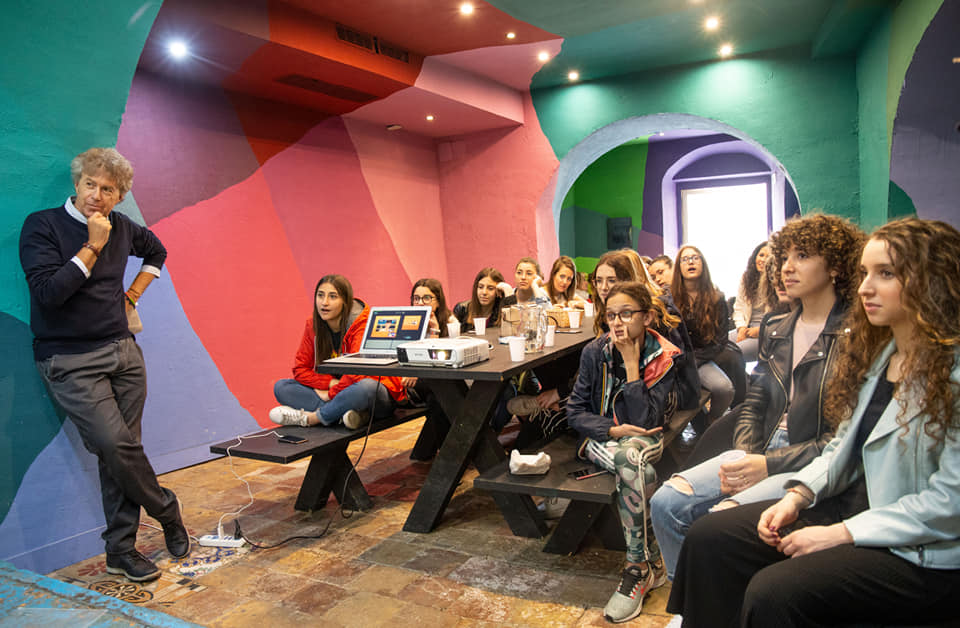 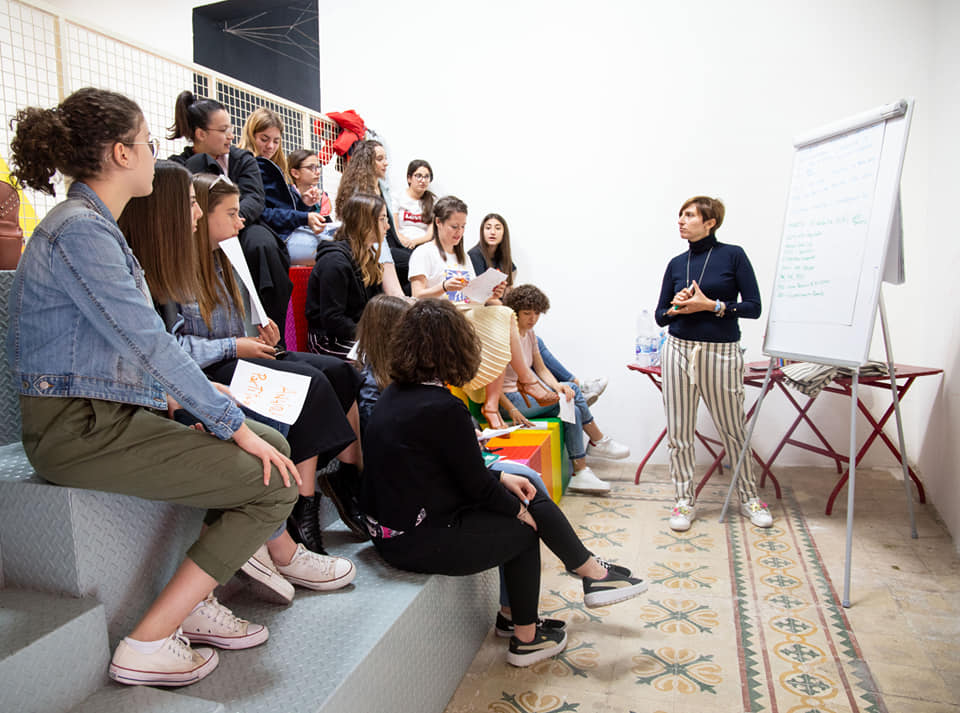 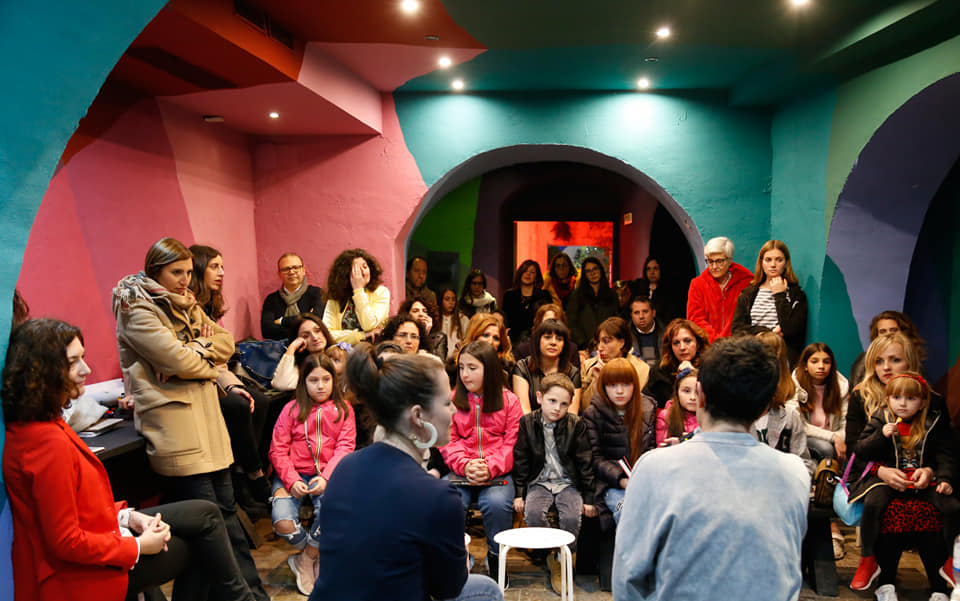 The spillover in the Favara area is exciting and not indifferent, not only for the spontaneous projects of the girls but for the comparison generated by the evening talks that involved parents and other citizens. Prime Minister has therefore focused the spotlight on a fertile peripheral territory capable of creating a new awareness of society starting from the new generations. 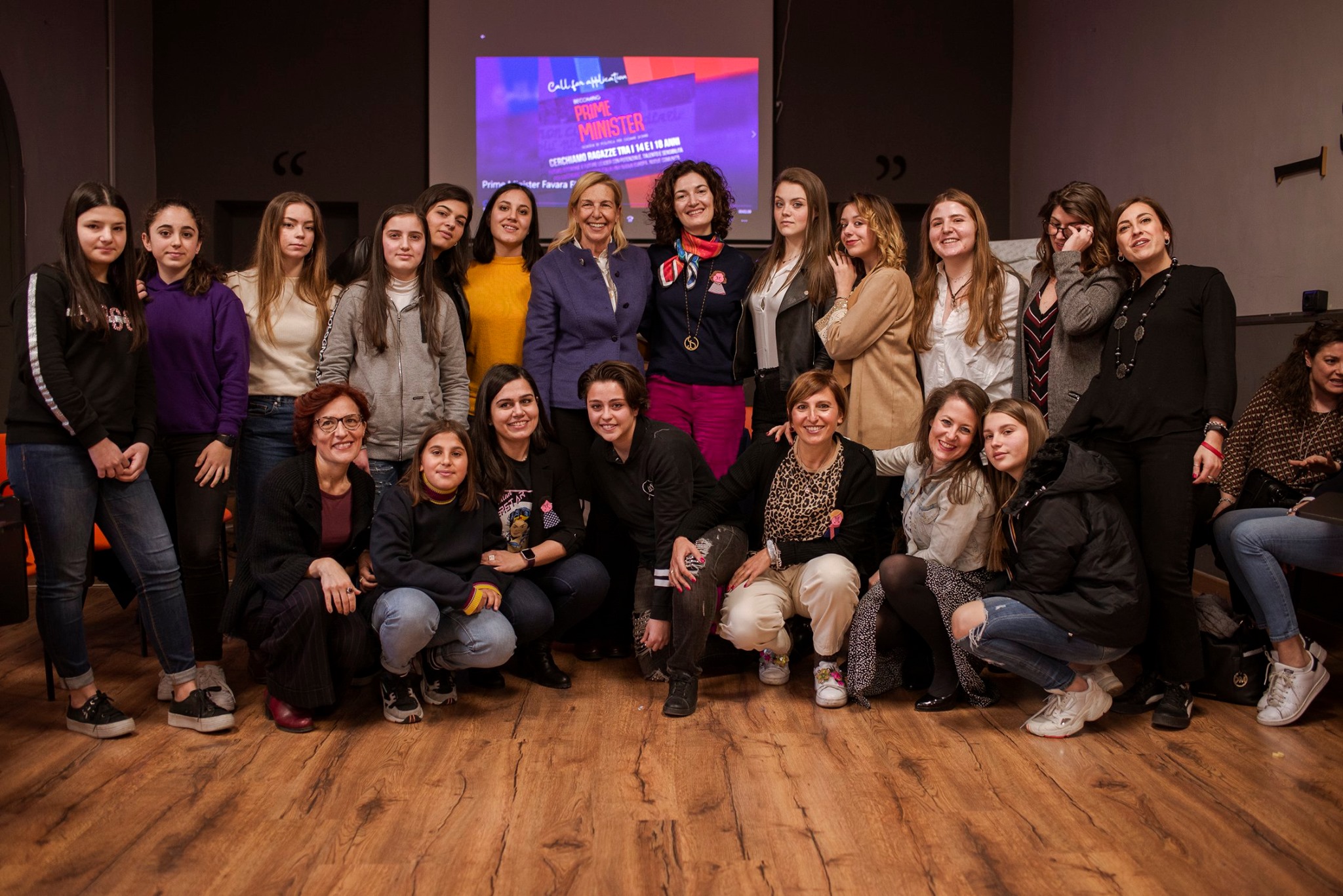 The project has been relaunched for the second consecutive year (2020), foreseeing the development in two cities: in Naples (First Edition) and Favara (Second Edition).
Also for the second year, Global Thinking Foundation supported, given the results, the project, giving four scholarships for the first edition of Naples which will follow the format already tested in 2019 in Favara, enhanced as regards support for active citizenship projects of the participants.

Favara in 2020 will continue to be the place of experimentation, starting the second edition of the School dedicated to the theme of feminizing policy through municipalism. Municipalism allows each of us to claim the public sphere with active citizenship behaviors. Eliminating the gender gap is not only a question of equality between men and women in the participation of public life, but it is above all the need to allow other voices with different sensitivities and points of view to listen.

Besides, the participants of the first edition will be involved with a proactive role, asking them to collaborate with the team as the new tutor of the next students. In this way, the aim is to grow a community among the participants in the various editions, pushing them to team up also on active citizenship projects.

The girls of both editions, at the end of the courses, will be accompanied on a formative visit to the heart of political institutions, from Palazzo Montecitorio in Italy to the European Parliament. 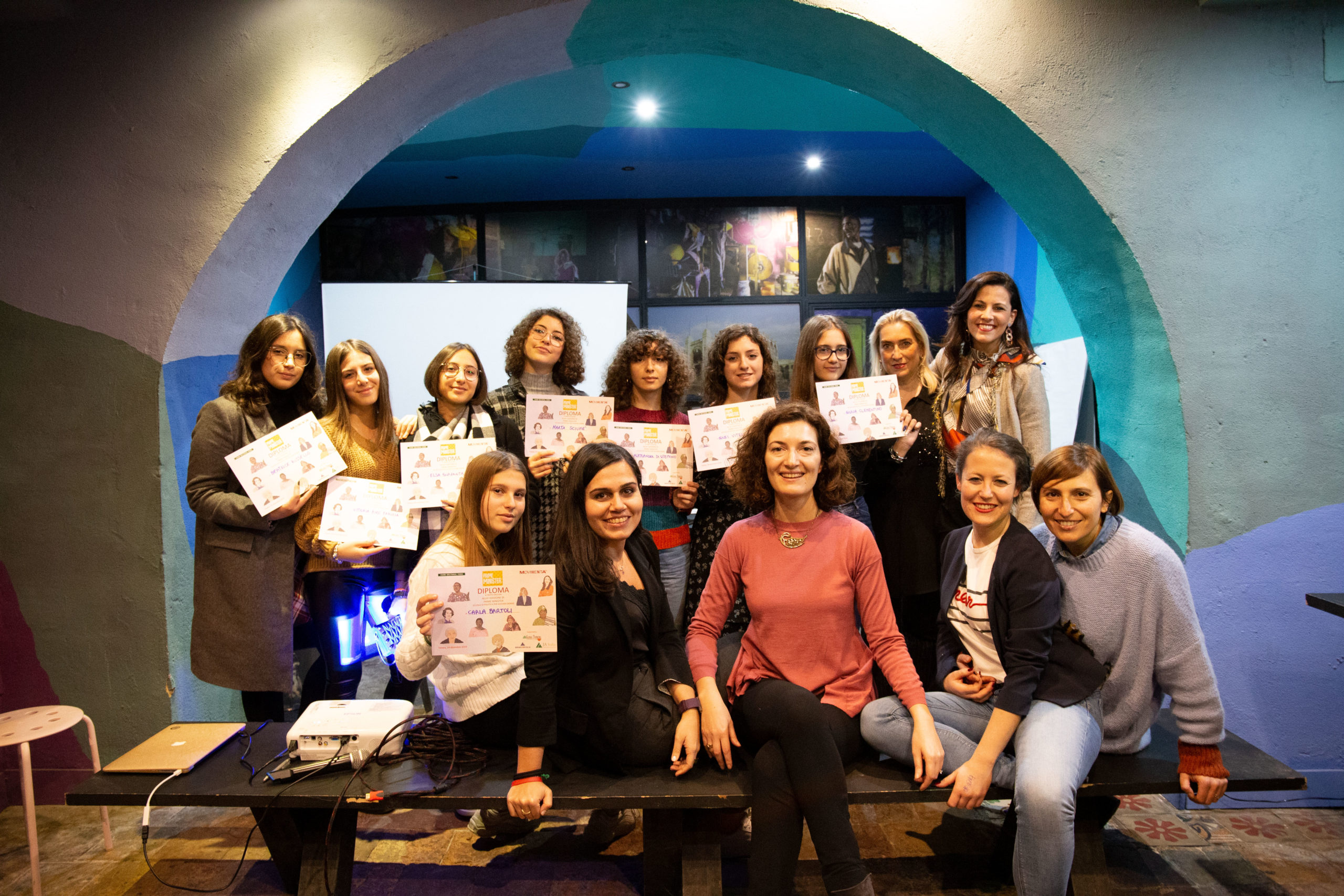 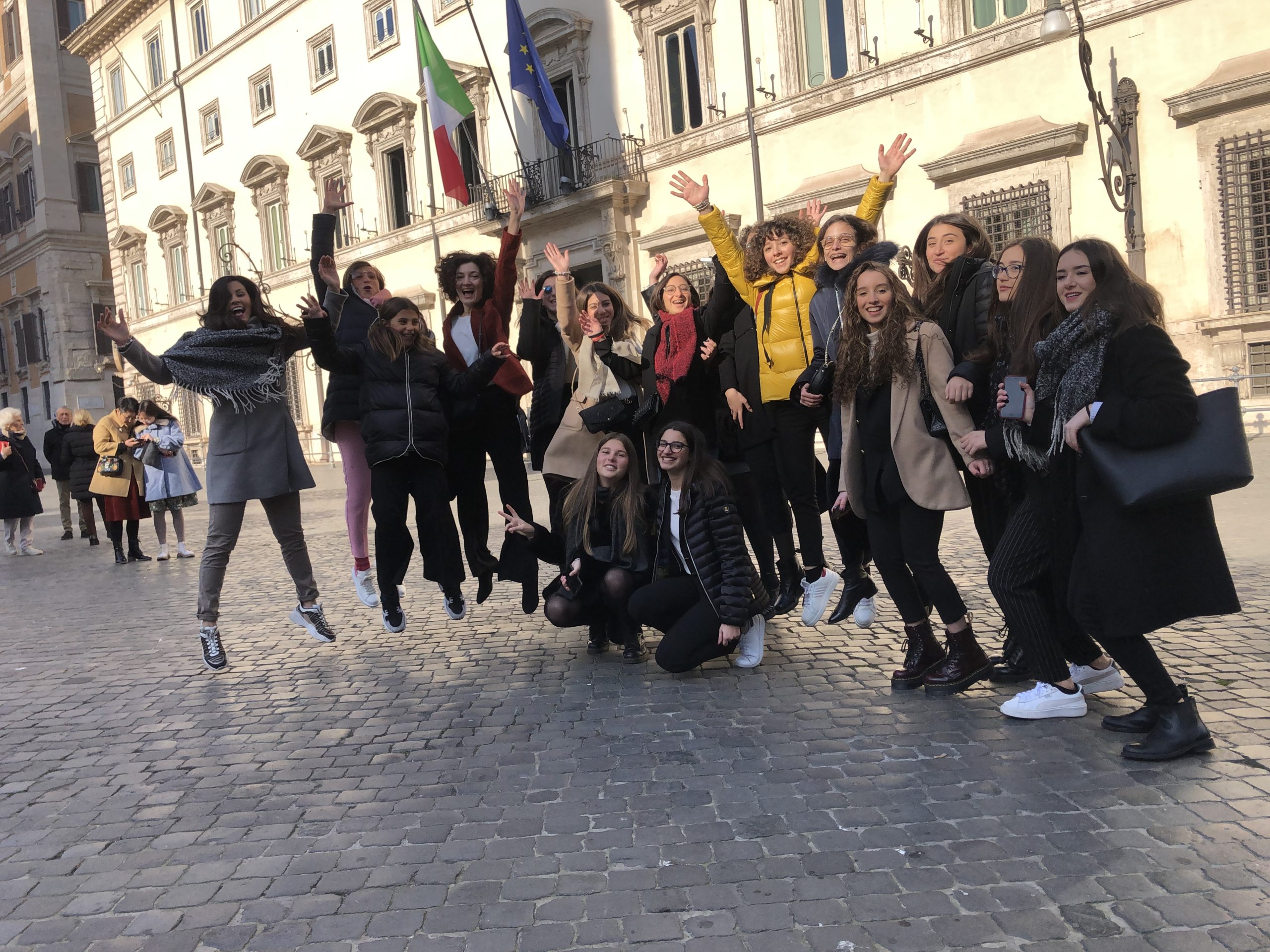 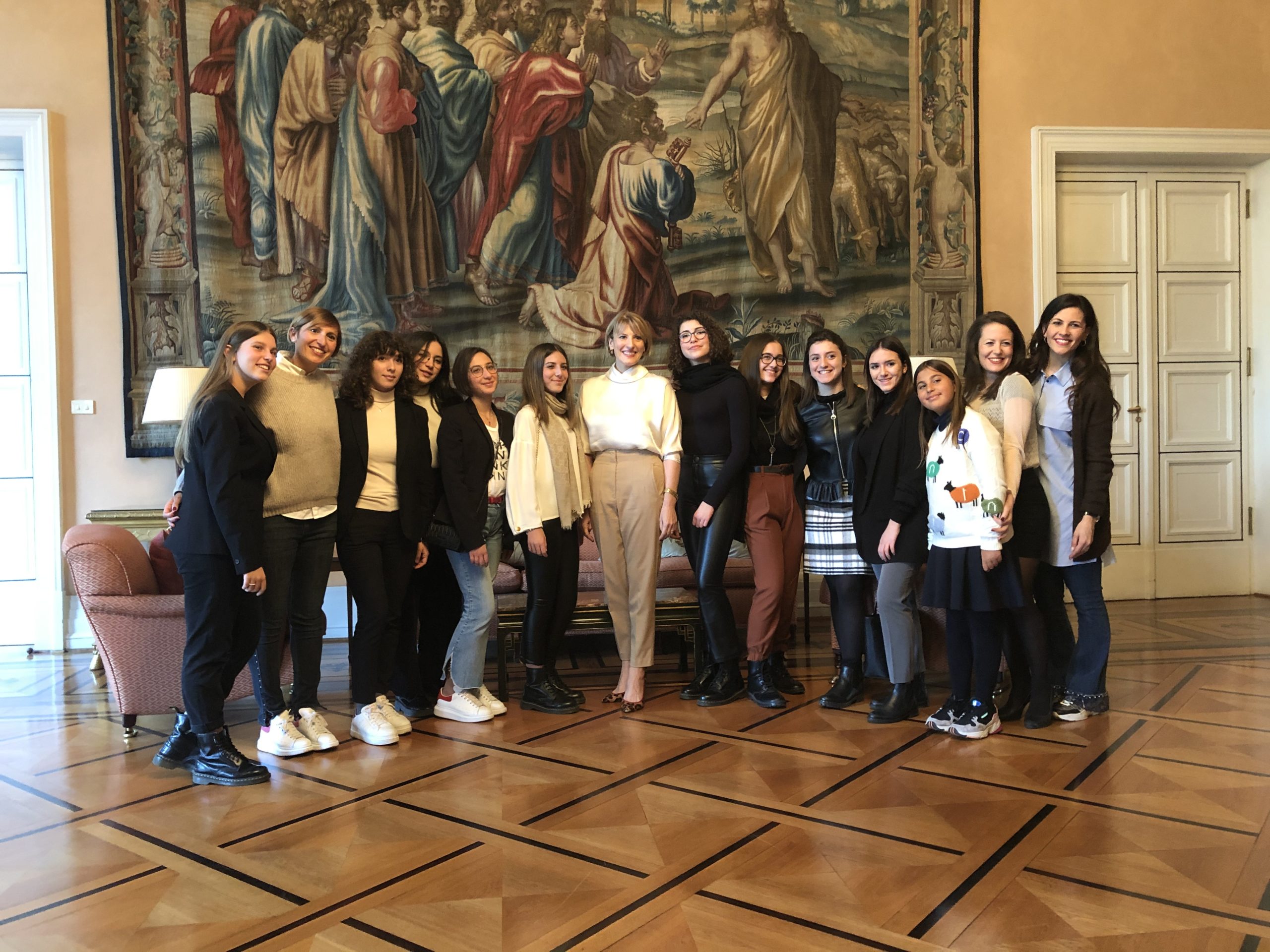 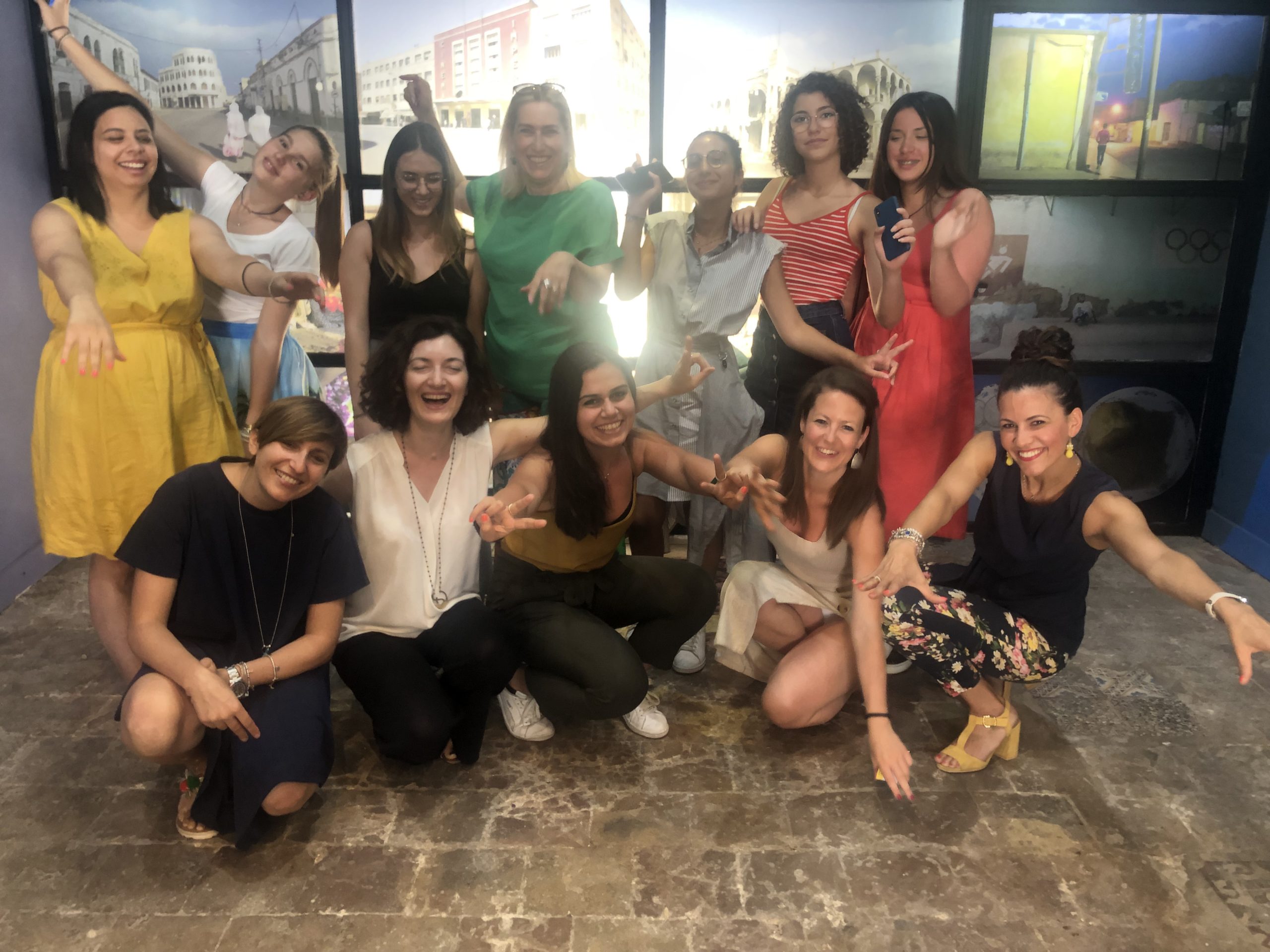 We strongly believe in the centrality of the commitment with young women, especially in the South, where the potential of the new generations is often overlooked by the institutions, to increase awareness and skills, and encourage the strengthening of their individual and community leadership in politics, institutions and public and private enterprises. 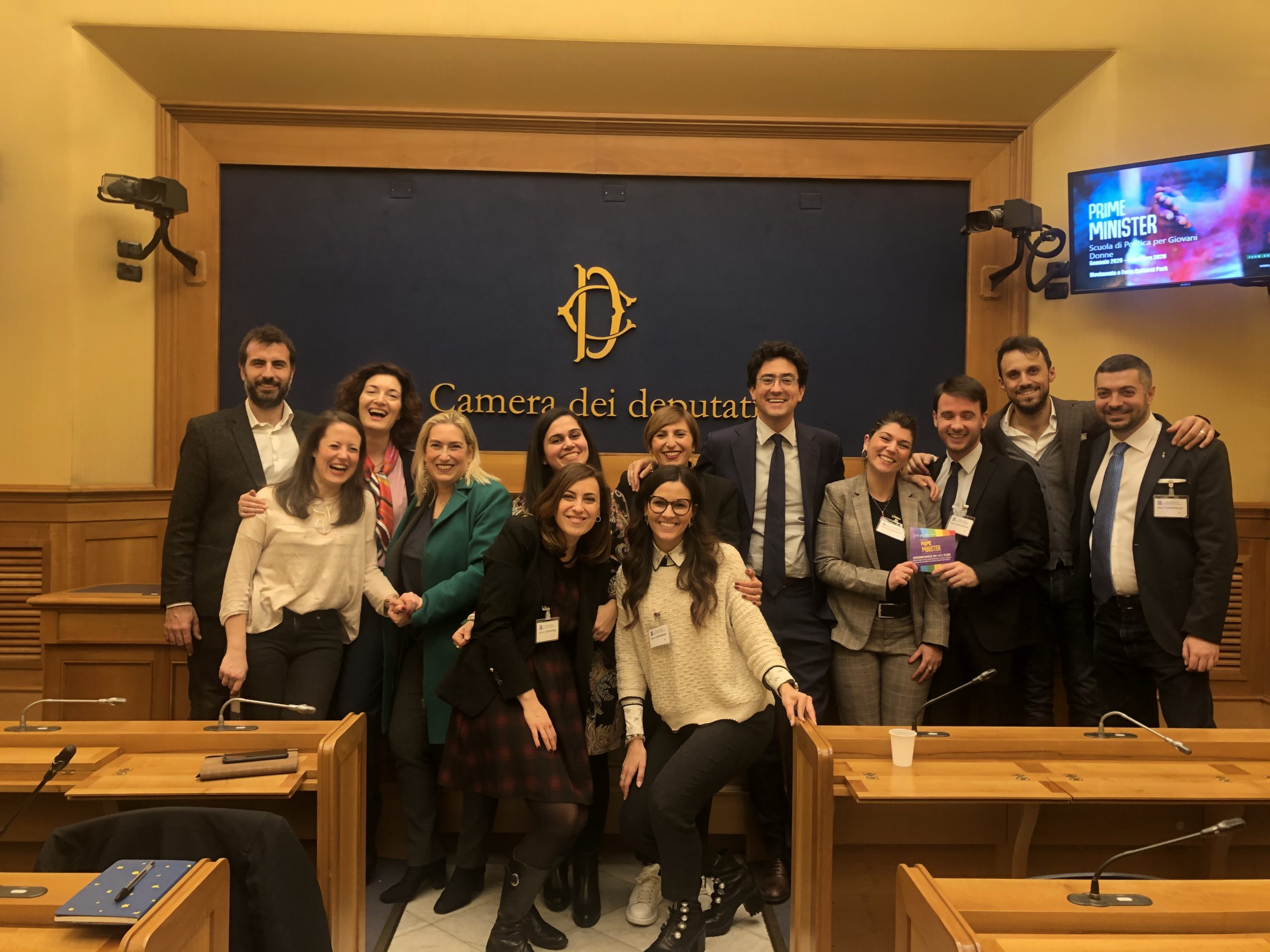 It is an excellent opportunity to strengthen critical thinking and global awareness to start and become protagonists of ethical and innovative choices in a future life: professional, civil and political. An opportunity to share ideas and projects that improve the country, the region, the nation in which we live.
The hope of these girls, which reflects in our active commitment, is that a new, inclusive, authoritative, competent and international female leadership can strengthen itself, capable of working and bringing out the value of the female contribution to policy and better society.