THE SCIENTIFIC AND TECHNICAL COMMITTEE

The Foundation is supported by the Scientific Technical Committee (STC), a body composed of academics and non- acedemics, experts in economic and financial matter , such as micro and macroecomics, public debt management, regulation of financial markets, and in human and social sciences relating to behavioural aspects such as psychology and sociology.The STC has advisory and consulting purpose, to direct the focus and resources of the Foundation, with attention and dedication. The aim of the STC is contributing to the spread of financial education, as the mean by which consumers and investors can improve their skills and comprehension of various financial products. Through information, advices and other instructive tools, the audience can develop the necessary capabilities to evaluate risks and opportunities, and choose accordingly.

The members of the Scientific Technical Committee are: 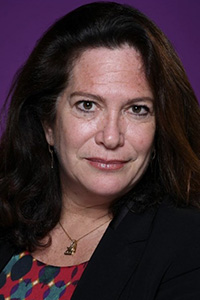 Nina Gardner is the Founder and Director of Strategy International, a consulting agency specialised in Corporate Social Responsibility, sustainability and climate change. After graduating from Harvard-Radcliffe and Columbia Law School, she practiced law in Washington DC, and then joined the UN as a political officer in their Zagreb liaison office in 1996. She is founding president of several women’s associations in Europe and collaborated on the OECD women’s entrepreneurship MENA programme. She is also on the advisory board of the Women’s Forum for Economy & Society, and the Harvard Coalition for Responsible Investment. Nina Gardner is a member of the New York Bar Association and the Council on Foreign Relations. She has been teaching Business and Human Rights at John Hopkins SAIS since 2013. 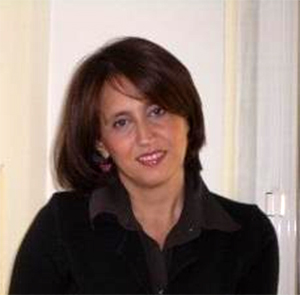 Anna Loretoni obtained a PhD in Political Philosophy at the Scuola di Studi Universitari e di Perfezionamento Sant’Anna di Pisa (Class of Social Sciences, Sector of Political Sciences, Institute DIRPOLIS) where, later on in 2011, she became coordinator of the PhD in “Politics, Human Rights and Sustainability”. After graduating in Philosophy at the Florence University she obtained a PhD and became a postdoctoral fellow within the Department of Political Science at the University of Pisa. From 1999 to 20905, Anna Loretoni was a researcher at the Scuola Sant’Anna; after obtaining the National Scientific Qualification in 2014 she became professor of Political Philosophy and Political Theory. Over the years she has been an associate professor of political sciences at several universities including, but not limited to, that of Florence, Pisa and Perugia.
She held numerous scholarships including one at the Italian Ministry of Foreign Affairs, one at the Scientific and Technical Foundation in Florence, one at the Institute of Philosophical Studies in Naples and lastly, one at the Italian Academy of Columbia University in New York. As of now she collaborates with the following master’s degrees: Human Rights and Conflict Management (Scuola Superiore Sant’Anna), Human Rights and Cooperation for Development (Siena University), Equal Opportunities (Milan University). In the years she also taught human rights at the Kali Ahfad University of Marrakesh (Morocco) and at the Center on Human Rights at the Peking University (China). 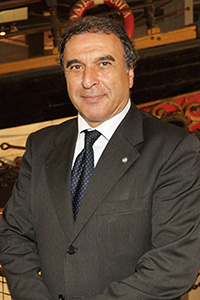 Giuseppe Attanà began his carrier at the Banca Commerciale Italiana in 1974, with increasing management responsabilities. He held positions of responsabilities in lending decisions and in the banking marketing area of the Bank’s Central Management, before moving on to the financial sector in 1992. He was then in charge of the Treasury and Forex Department in Comit, moving then to the Global Treasury Department of the IntesaBci, the Treasury and Property Trading Division in Banca Intesa and finally the Treasury Division of Intesa Sanpaolo Group. He is part of the board of several companies of the ISP Group, and he has been a member of Money Market Contact Group of the Bank of Italy. He has been the President of Assiom Forex for seven years, now Honorary President. Previously President of E-Mid SIM, is a Board Member of Intesa SanPaolo Vita and Honorary President of ASSIOM FOREX. 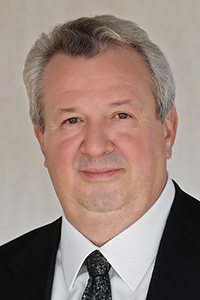 Enrico Dameri was the Co-founder, Chairman and Chief Executive Officer of LIST SpA until June 2019 and industrial information technology group for the financial securities industry, with subsidiaries in the UK, Spain, Poland, Canada, India and Malaysia, since 1985. He graduated in 1979 in IT Science “summa cum laude” at the University of Pisa. In 1982, he was appointed Researcher at the Italian National Research Council, C.N.R. Then he was appointed Researcher in Computer Science at the University of Turin. From February 1980 to May 1985 he worked at Systems & Management SpA: from September 1983 as Head of Research and then from February 1984 to May 1985 as Director of the Research and Development Division. From A.A. 1986-87 to A.A. 1991-92, he was contract professor at the Department of Computer Science at the University of Pisa, lecturer in the course of “Languages and Programming Methods”. From January 2004 to July 2005 he was member of the Project Committee for the Information and Communication Technology sector of the Scientific-Technological Platform of the National Research Council. From April 2009 to March 2017 he was member of the Board of Directors of e-MID SIM SpA. From 2013 to October 2017 he was member of the Council of PhD School of Computer Science of the University of Pisa. He is Actually President and Founder of Fondazione Rosa Pristina . 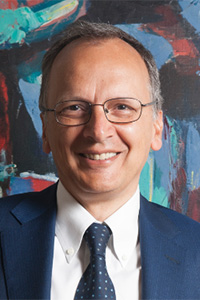 Gregorio De Felice graduated from Bocconi University, he later played an important role in the Italian Bank Association and the European Bank Federation. In 2007 he was elected president of AIAF (Italian Association of Financial Analysts), a position he held until 2010. He holds positions at the ABI (Italian Banking Association), the EBF (European Banking Federation) and the ESMA (European Securities Markets Authority). He is a member of the Board of Directors of Prometeia, ISPI (Istituto per gli Studi di Politica Internazionale), Fondazione Partnership per Bocconi, Associazione per gli Studi di Banca e Borsa, SRM (Associazione Studi e Ricerche per il Mezzogiorno), GEI (Gruppo Economisti di Impresa), AIP (Associazione Italiana Politiche Industriali), Fondazione Banca Sicula, Fondazione Bruno Visentini, Fondazione Ricerca e Imprenditorialità and of some Intesa Sanpaolo Group pension funds. He is a member of the Scientific Committee of various associations, including the National Association for the Encyclopedia of the Bank and the Stock Exchange. He is the Italian representative of ICBE (International Club of Bank Economists) and ICCBE (International Conference of Commercial Bank Economists). He is the author of publications on financial market trends, the evolution of the Italian and European banking system, monetary policy and public debt management.

Tommaso Iaquinta is graduated in Law with honours from Università Statale in Milan, a PhD in Public and Economic Law and a Master Degree in Corporate Finance and Banking in SDA Bocconi University. He is CEO and Founding Partner of Once Capital Management Fund, a hedge fund based in New York City. He is also founding partner of Livolsi – Iaquinta & Partners, Advisory Boutique for extraordinary transactions (M&A, debt restructuring) on behalf of several companies (listed or not) in Italy and worldwide. 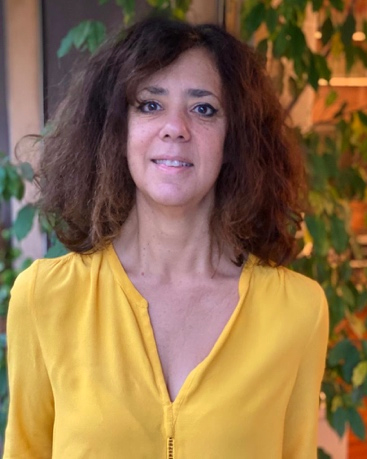 Paola Mungo, long-term top manager in the financial sector, formerly co Chief Executive Officer and General Manager of a listed international financial group, now a Professor at prestigious universities.
Paola Mungo, graduated in Law with the highest marks, has a long and consolidated experience in the financial sector and asset management in top positions gained first in the Zurich Financial Services group where she started, and then in the Azimut Group, listed on the Milan Stock Exchange (part of the FTSEMib Index), where she was for a long time General Manager and then Chief Executive Officer of the listed parent company as well as Board Director of the same listed Holding and of the Italian and foreign subsidiaries. For some years now, she has been Professor in Market Law and Financial Intermediaries in Bocconi University, and in Sustainable Finance, SRI Instruments in specialized Masters and from this year she is both coordinator and teacher of executive courses at the Catholic University of Milan, High School Enterprise and Society, as well as in Soft and Management skills and Leadership. She is a member of the Scientific Committee of the Fondazione Politecnico di Milano and Board Director of the Fondazione Angelo Mangiarotti. She is a visitor lecturer and guest speaker in national and international conferences on different topics. 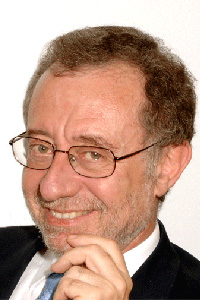 Emerico Antonio Zautzik, graduated in Political Science from the University of Rome in 1975, was hired by the Bank of Italy in 1976. He obtained a Master’s degree in Business Administration with a specialization in Finance from the University of Rochester. In 1979 he was assigned to the Studies Department, where he was in charge of the Monetary Analysis Office (1985) and the Information and Statistical Processing Department (1990). Appointed in 1999 to replace the Head of the Monetary and Exchange Policy Service, in 2004 he assumed ownership of the Service itself. In 2008, he assumed ownership of the Central Bank Operations Service. In March 2012, he became the General Officer responsible for the Central Bank, markets and payment systems area. In 2014, he assumed the role of Head of the Markets and Payment Systems Department, a position he held until his retirement in 2016. On behalf of the Bank, he has participated in the work of various working groups at the OECD, the BIS, the EU and the International Monetary Fund. From 1993 to 1995 he was Vice President of the Committee on Monetary, Financial and Balance of Payments Statistics established at Eurostat, between 1997 and 1999, President of the Irving Fisher Committee, discussion forum on central bank statistical activity of the International Statistical Institute (ISI). From 1998 to 2012 he was a member of the Market Operations Committee (MOC), between 2012 and 2016, a member of the Eurosystem IT Steering Committee and the Market Infrastructure Board, also at the ECB. He was a member of the Markets Committee (2004-2016) and the Committee on Payments and Market Infrastructures (2013-2016). At the Bank of Italy, he was President of the Investment Committee and the Advisory Committee on Pension Fund Management and a member of the Financial Strategies and Risks Committee. Between 2006 and 2012, he was appointed by the Bank as a representative on the Board of Directors of Assiom-Forex. Since 2017 he has been a member of the Istituto Affari Internazionali and an honorary member of Assiom-Forex. He is the author of numerous essays on monetary and financial economics. 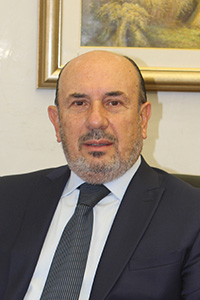 Carmelo Gangi graduated in Economics and Commerce at University of Palermo and participated in several post-graduate finance specialist courses.He began his career at the Banco di Credito Siciliano in 1985. In 1998 he joined the Banca Popolare di Lodi Group assuming increasing managerial responsibilities of Management. He held positions of responsibility in Management Control and Risk Management Area and in the Department of Managed Savings and Special Projects, and then moved to Banca Mercantile in 1999 as Head of Finance and Market Area. In 2001 he took on the role of Head of Finance at Banca Popolare Sant’Angelo. From April 2019 he assumes the position of Head of Risk Management.

After having held the position of adviser in Atic-Forex and Assiom Forex for several years, today he is a reviewer, overseeing the Statute and Regulation Commission.